This is the view that Christopher Robin would have had on December 19th 2010. This was his first winter and was also the first time that prey remains were noticed on the tower roof. He was joined firstly by DX (aka Alice) and when she disappeared, by the unringed Bella. Lets hope that they can successfully breed in 2017. 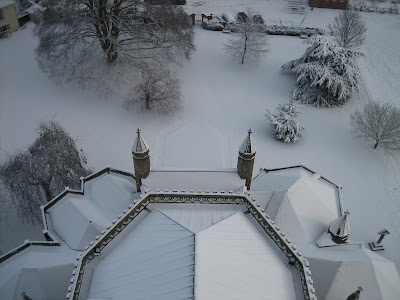 A Happy Christmas from Tewkesbury Abbey!